It doesn’t ever feel like it, but fear is actually a good thing. It’s a sign that we’re growing! That we’re leaning into the person we’re truly meant to be! We can’t get away from fear. It inevitably comes back even after we get through the big amazing thing we never thought we could do. But being afraid just means we’re getting another step closer to our potential. In fact, it could be that you’re excited about the next step since fear and excitement can mimic each other. 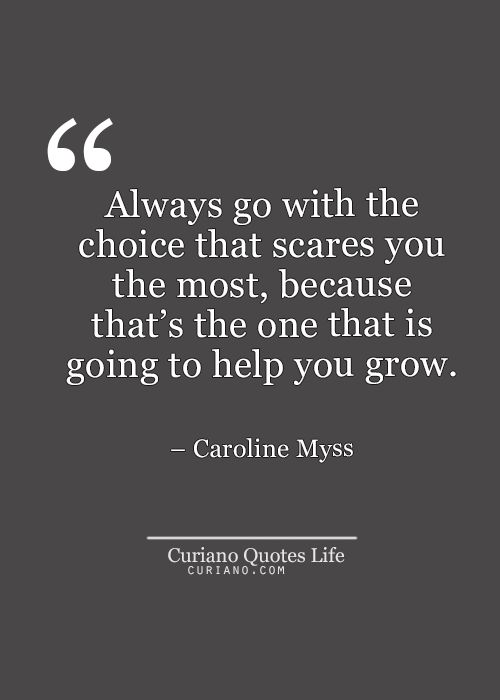 What we have to watch out for is falling into the trap of assuming that we should be satisfied, since at one point we thought we couldn’t even do the thing we’re now doing! If we’re working hard and growing, we will inevitably cultivate an expertise. And there’s a voice in our head (the voice of society) that tells us, “I’m good at this now. Maybe I should just stay here.” That voice gets really loud, especially when you can see the next level of growth. Even more so when the next level of growth requires another massive change instead of a minimal change.

I’m going through that right now — I’ve built up my coaching business, the thing I dreamed of doing! And now, the next level of growth is in speaking and moving into a bigger arena, because that’s the direction I truly feel pulled. I want to help even more women achieve their greatest potential. But that next level of growth is scary as hell! I have to contend with all the fear and negative self talk that came up the first time I took a big leap. I also have to contend with the outside voices, all the people wondering why I would upset the apple cart that I worked so hard to create. Those that say, “but you just started this, why don’t you just stay here for a while and then try changing things up.”

But I don’t want to stay in the middle. The “middle” is not meant to be THE stopping place. It’s meant to be part of the story, but not the entire story. I know that because I feel that tug inside me that says “there’s more out there for you.” Do you feel that for yourself too?

It’s easy to settle in after that initial level of growth. To say, “I’m all good.” To conquer it and stay there. To say, “I’m good at this, so why venture back into the unknown.” Other people encourage you to stay there because they fear the next level of growth too. But can you really achieve your GREATEST potential, not your “middle” potential, if you don’t grow again?

I know that there’s another level of growth for me. And there probably is for you, too! When you feel that tug, deep down in who you are, then you have to go for it! You have to be willing to upset the apple cart. It’s not crazy. It’s courageous!